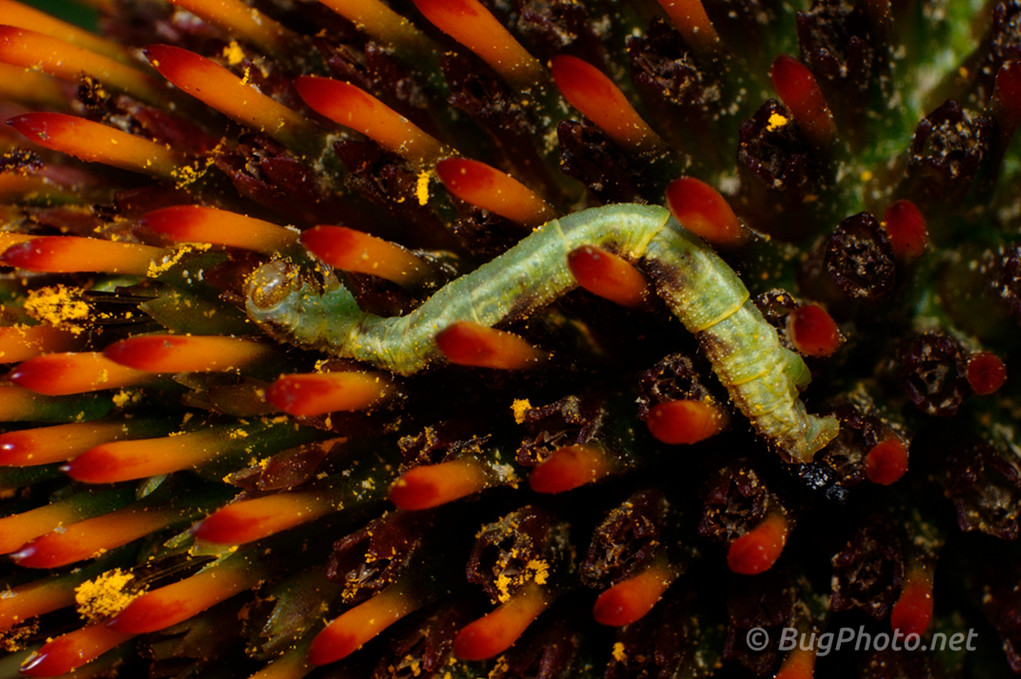 How do we find ourselves in such unlikely and terrible circumstances? I suppose those are the best circumstances to find ourselves, but for me, it is hard to say after the fact how I could be so stupid, ridiculous or weak to get there in the first place. Likewise, how do bugs, like the caterpillar in the head of a cone flower pictured above, find themselves in unlikely and terrible circumstances? I imagine that similar character flaws are behind it, although poor vision such as in our featured bug’s case might be the culprit. Of course, a bug’s potential to be in a terrible situation is greater than a human’s (or seems so). Sometimes I’m amazed at their ability to rest perfectly still in the face of a giant mammal, so much so that the only way to see if they’re alive is to poke them (which I highly discourage!); other times I wonder how a creature could be so obtuse and oblivious to its own well-being. I’ll call them clowns or idiots — it’s part of the fun of photographing them to anthropomorphize — but in the order of time, they’ve come before any complex personality. There is however a charm in their staring the perilous world in the eye, and it is belied by their desperate will to survive. They fit in; they have no choice, and so they play in the tiger pit.

I never did figure out if this particular caterpillar was alive or dead. It remained perfectly motionless in that awkward position, and for quite a few shots. As I was not wishing to add one more bug to the road of no return, I followed my own advice and left well enough alone. Looking at the photograph, even though I know better, I still wonder, How did you get there? How could you have been so dumb? Or were you put there by a maleficent force? I hope you get out. Take the way forward, straight ahead.