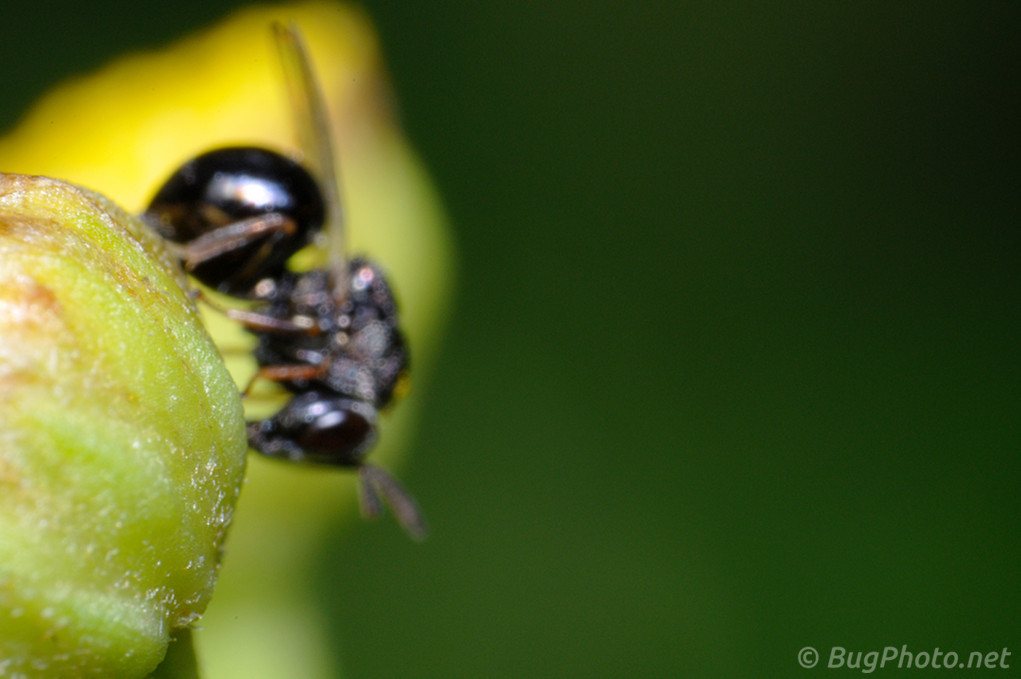 You would think after all of the blown shots I’ve had (and especially this summer, from which I’ve saved upwards of 10,000 images and deleted countless others), that I would be better at making mistakes. Instead I’m reduced to an active mantra: Make a mistake. Make a mistake. Make a mistake. Not, “don’t be afraid to make a mistake,” but rather actually do something wrong, inappropriately, imperfectly, distastefully, poorly, falsely or —if failing all those, for irony’s sake— obtusely. I never liked to be wrong, in the wrong, less than stellar etc. And even in digital photography where the opportunity cost of just clicking the shutter release button is the amount of energy to recharge the battery for that one shot — I stutter before I finally shutter (release). I don’t want to denoise digital bug macrophotography into a blotch of runny colors — sometimes you do have to wait or pick your moment or just pull back; the models are not exactly prima donnas, but they are bugs, they direct the action. And still: Make a mistake, make a mistake, make a mistake. I tell you. What I tell myself. 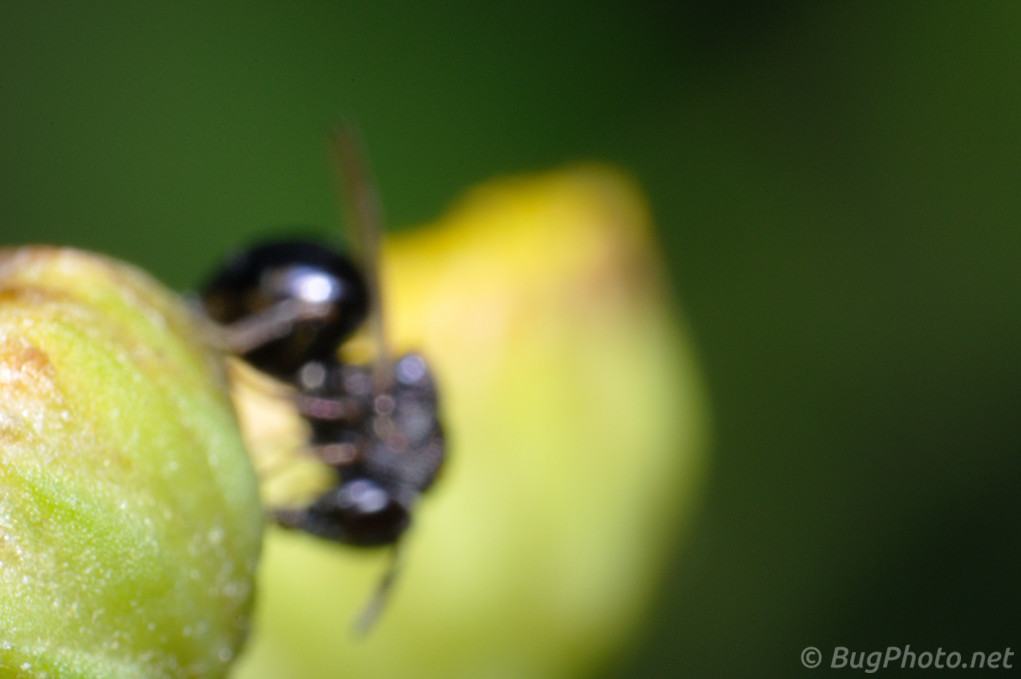 And so, you see photographic mistake number two of this post. These images were of a chalcid wasp, in a particularly ideal pose with a pretty good background. I hesitated on the first shot (which I will grant is a mistake, in and of itself, but not a bold one of which I am truly discussing; rather one of inaction, a negative or voided moment of space and time, if you will). So, I overcompensated (i.e. panicked) and rushed into the second shot, which is even worse. I am not sure why I even saved these shots, other than perhaps I liked the form of this tiny, distinct type of Hymnopteran, blurry or not. (And also probably because I do not have any other shots of this particular bug.) I had one last shot before this chalcid wasp was destined to fly away. I wonder what happened? 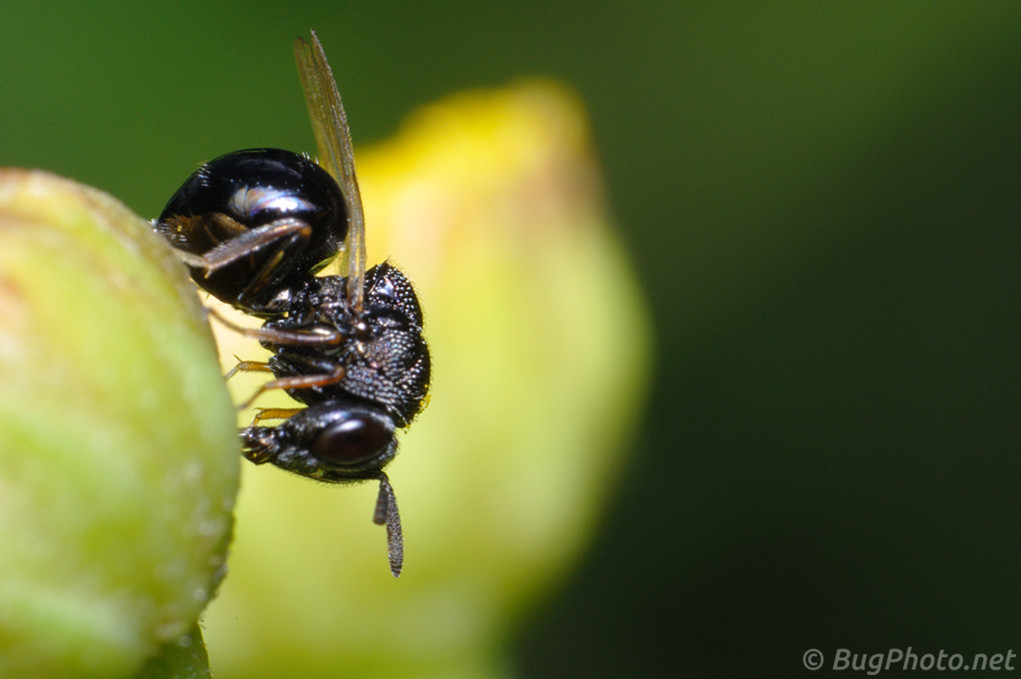 Close, but no chalcid cigar. I missed the eye (how I love those buggy eyes). Got the antenna, part of the thorax and an interesting reflection in the shiny abdomen. It was a good try, and I probably could have swallowed such an acrid pill of falling just short, if I had not messed it up from the beginning. The lesson of course is in the Wisdom of Insecurity: anticipating the insecurity of our world only invites it to overwhelm us. To wit: worrying about your shot is the best way to ruin it before the shutter is even released. So it is time to shoot on. To publish imperfect posts. To overcompensate with a headrush into error. I’m jumping off cliffs without a parachute or a rope. I’m breaking into a million pieces one mistake at a time. Mistake by mistake, I’m building a staircase back to altitude. I’m jumping again, and I can see this going on for a while—but I can also see the ho-hum scattershotting of tiny wasps and the flying photographer reflected in their glassy abdomens. I can see it all; it’s true, and I can see it through one mistake at a time.

4 thoughts on “One Mistake at a Time”