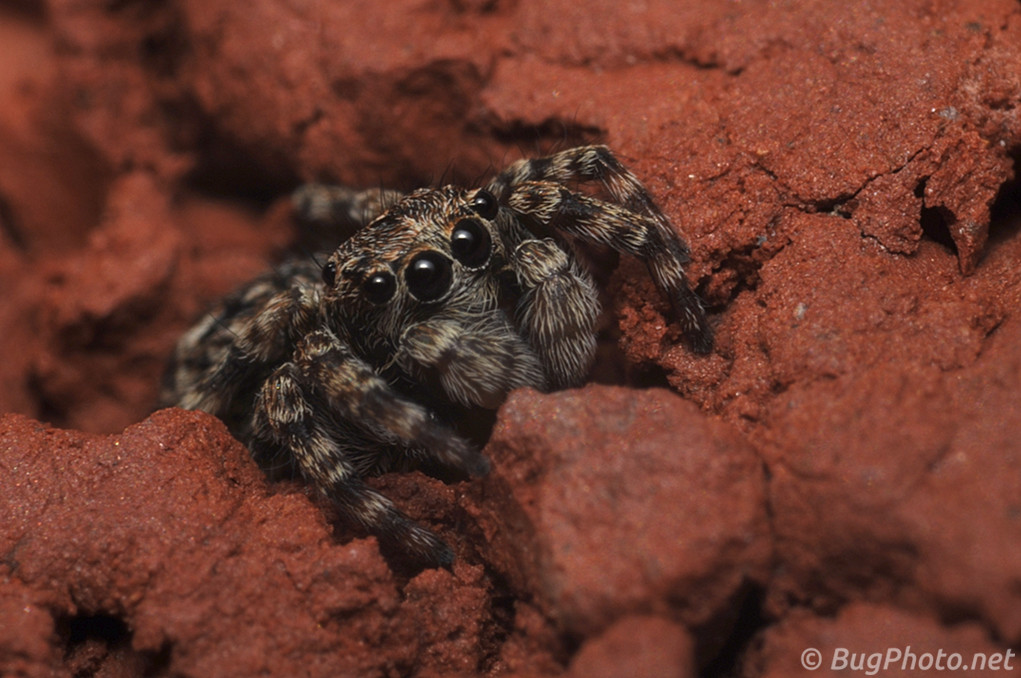 Over seven billion people now inhabit the earth. The world is getting bigger, and just like that it is getting smaller. Where will humanity go? How will we find enough resources to sustain so many and at the same time maintain some semblance of health for the earth and its other inhabitants? Bugs offer a good example of making do with the opportunities at hand. The tiny jumping spider pictured above, for instance, lied in wait for prey or, if you prefer, hid inconspicuously in the tiny grooves of the bricks that make up my home. These are not the type of animals a person notices, but they carve out a good space to live. A good place to be. Time probably more than anything has brought them to this point of adaptability, and I suppose humanity will learn to adapt sooner or later as well. There’s nothing like a deadline for motivation, and all living things have a deadline waiting for them. By my own conceit, I hope our seemingly best adaptation to date — our intelligence — will allow us to bypass the sort of apocalyptic fantasies and anxieties so prevalent in popular media. But maybe it will not; maybe it does not work that way. Learning the hard way is sometimes the pejorative for gaining experience. One day we will back into a corner, but hopefully it won’t be a crag of the earth; hopefully we find a new way to prosper in a nook of the imagination, a cranny of the intelligence.