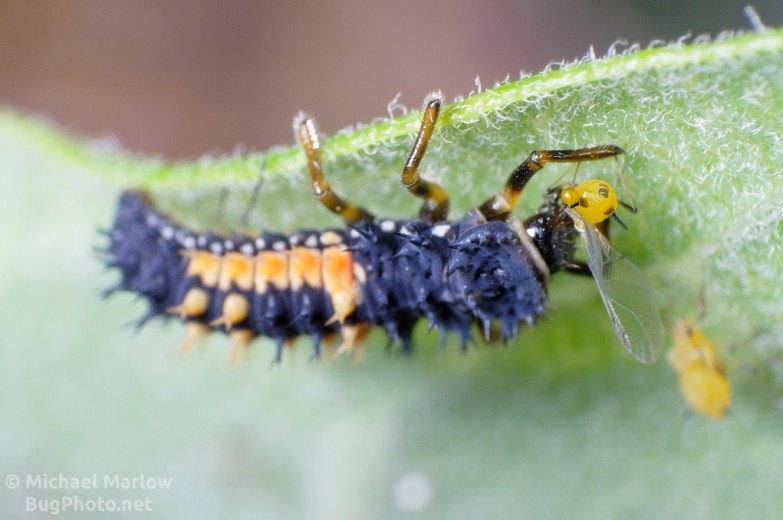 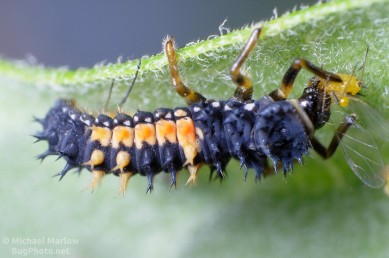 Only a parked car here and there obscured the sidewalk. The street was quiet, but her footfalls were silent. She vanished in the darkness of the night and then reappeared in the intermittent spotlights of the streetlamps. Her movements were at home, those of an offhand stroller; her nonchalance made her invisible as much as anything else. In this way she had mastered the placid neighborhood. It was hard to believe that it held a malevolence warranting her presence. The thought towered over her, and she hugged the glass cylinder, so inconspicuously pinched between her arm and her chest, closer.

Her wandering mind almost led her into a child’s bike carelessly left on the sidewalk, but she easily leapt over it in stride.

After a short while, she stopped alongside the gate of a well-maintained white-picket fence. It inconveniently sat under the illuminating umbrella of a streetlamp’s light. The house standing within the fence was to the right and all but one upstairs window was dark. The flickering blue light of the television told her exactly what she had expected. She dropped to her knee, as though to tie her shoe, carefully setting the cylinder on the cement. Four long, silken ponytails of silvering dark brown hair, like fantastic tentacles, fell in pairs over each of her shoulders. Sitting conspicuously on the latch, to her surprise and disgust, was a spider waving its forelegs as if it were blind and trying to find its way in the darkness. Without hesitating she flicked it away; with a small click, she undid the latch. Inside the fence there was a slate path to the left, to the house, and a slate path to the right — a path to the backyard.

She crept along the trimmed hedge until she reached the deck. The back door leading into the kitchen was typically locked; its window was dimly lit by the green LCD display of an appliance. Sitting below and directly adjacent to the deck was a sight to melt the coldest souls. Even in the diminished light, the neat rows of equidistant green, leafy citizens of the garden were obvious. It was a small garden but one with much potential, and the thought of a revitalized community buoyed her spirit. She saw at the farthest side from the deck, in their thinly wired cages, the victims of an endless assault. They were the tomato plants.

It was time to act: she gripped the lid of the cylinder (which read, Grade A Olives, Imported from Italy and also had a few small holes punched into it). It was stuck; she breathed deeply, ready to put everything she had into it when she heard the sound. Chirp, chirp, chirp. For a moment she thought a cricket had perched on her ear.

She clutched the jar and frantically slid under the deck.

She rose up: bang! Her head screamed, but she stifled any noise from exiting her lips. That’s when she placed him, coughing and hacking and kicking dirt in her face.

“Jeez,” he said from a supine position before rolling over closer to her. “You kicked it into my face first.”

He was wearing the brown jumpsuit with its ugly pattern that he claimed was perfect camouflage for dirt and leaf litter. It did not hide the ever-growing protrusion that was his mid-life gut. He had on the ski mask, also brown with orange material ringed around the eye-holes. He removed the large, circular glasses, which he wore over the mask and began to wipe the lenses clean with his sleeve.

“How many times do I have to tell you about the ski mask. You’re going to scare someone. Or worse, get shot.”

“And how many times do I have to tell you, I could get shot anyway. If I get a bright light shined in my face, the orange reflects the light so I can see better. Then I can react better.”

“Be quiet, you’ll give our position away. You’re going to ruin a perfectly simple op. What are you doing here anyway?”

“Recon, what else?” he said, putting his glasses back in place.

“You do realize this is my mission, right? There’s no recon. I’ve got the ladies, that’s the long and short of it.”

She looked hard into his soft, watery four-eyes. She didn’t trust his “intel.” On joint missions they worked well-enough together, but he couldn’t sit back when the League only called on her. His unsanctioned intrusions had made her look bad before; and worse, she always shielded him from the harsh League justice he would have undoubtedly incurred. The only problem was, if true, this new information required crucial, urgent action.

“Our informant said nothing of this.”

“Who do you believe: me or an anonymous amateur?”

“Why didn’t you tell me before I breached Eden?”

“Well, do the red saints now, and we’ll come back tomorrow night.”

“We? Why must you insist on increasing the degree of difficulty? If things get mucked up again, I might not cover your ass this time.”

“That’s not fair. My presence is very beneficial. They should have assigned me to begin with. At the very least, you can always use a lookout.”

She didn’t believe him, but she had to move on. It was time to twist off the stubborn lid. All her weight was into it, but it just wasn’t giving. She was practically panting from the effort.

She tried harder to twist it off.

“You know, we should go out dancing some time. When’s the last time we did that?”

“All we do is dance,” she said breathlessly, while desperately twisting. “We dance around your — damn it to hell!”

He was finally the one to break it.

“Honey, I know you don’t want to hear this, but you should let me get it. We really do need to get out of here.”

He grabbed it, and she reflexively pulled back. And he pulled, and she pulled, and he pulled again, but she didn’t; she let go. The momentum carried him backwards, his arms rising up and the jar flying over his head. It landed on a rock and shattered with a piercing sound, like space and time themselves had cracked. He and she both held their breaths for a moment. A mob of tiny, spiky blue and orange creatures dispersed from the wreckage of the jar into the dirt and grass.

“You go out the front, I’ll go out the back,” each one said to the other. He crawled out from under the deck and reached down to help her up. That was when she bit him. He howled with a couple kinds of pain. That was when the white light hit him.

“What kinda freak show is going on here?” a man’s voice said from somewhere behind the light.

“Hello, sir. Please be careful, there’s broken glass over there,” he said, shielding his eyes with one arm. He was reaching for her behind himself with the other arm; but she was gone. He wondered if he should take off his mask right then, but it probably didn’t matter. He simply said,  “If you lower the light, I assure you I can explain everything.” 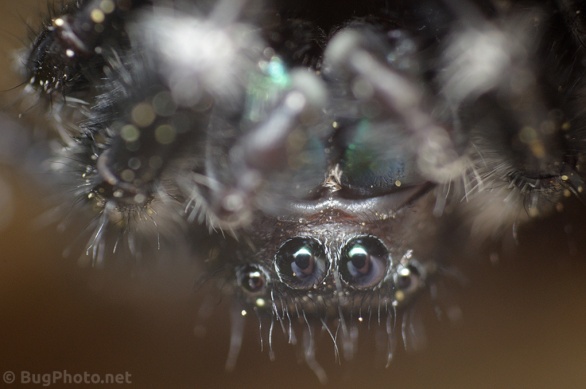 One thought on “Garden Ninjas”