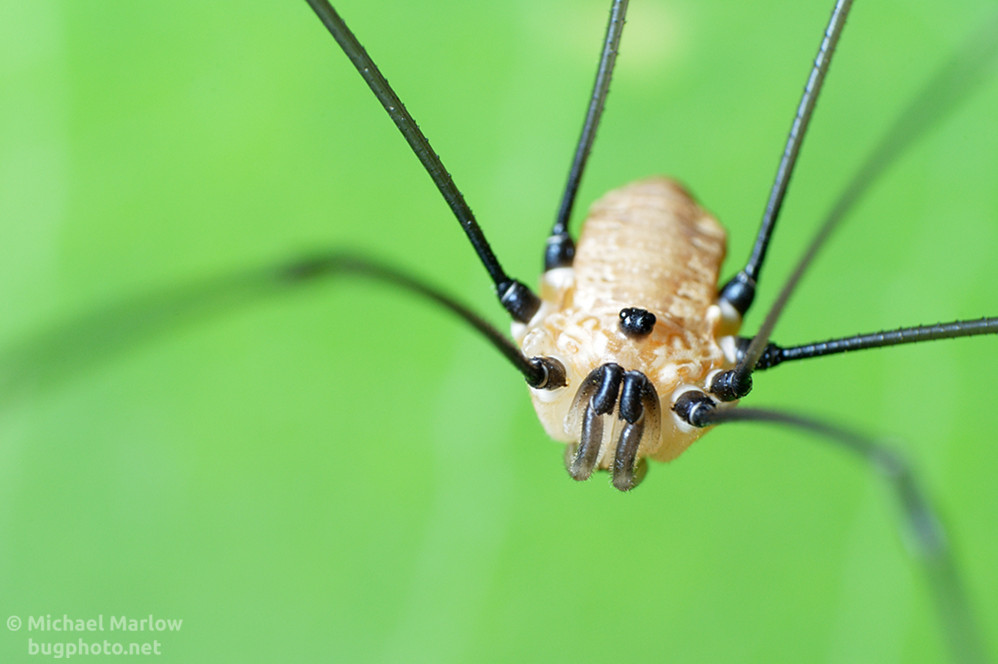 When I need clarity, I go to my dictionary*. And it tells me this: nonplussed means “surprised and confused so much that they are unsure how to react.” Well I guess I was “nonplussed” to learn that this definition is the “standard” usage, and the informal, North American usage of “unperturbed” is just another bastard child of the Queen’s English. I had always thought of it in the latter, and exclusively in the latter until recently. It turns out the lonely original usage has a companion, and the newer one is more or less the very opposite of the original.

Bugs – like the harvestman pictured above – can be turned on their heads as well. A few years ago, while volunteering at Camp to Belong, one of the campers, around twelve years old, enlightened me and some of his peers that daddy long-legs were actually the most venomous spiders of them all, but they lacked mouthparts big enough to bite humans. I knew they weren’t spiders, but I hadn’t heard this notion before even though it is a longstanding myth that probably even predates George Carlin chain e-mails. Not only can harvestmen bite you (though you would typically have to go out of your way to threaten or provoke them), they have no venom at all! This myth however is very common and persistent, and apparently latches on at an early age. I’m not sure how I missed hearing that one until so recently, but my natural skepticism put it to rest quickly. The harvestmen, however, will probably have to suffer this defamation for time immemorial. Maybe I will start calling them “nonplussedmen.”

(No, actually, I won’t, mainly because I am sticking to my usage of nonplussed. When we get a queen in the U.S., and some but not all harvestmen get potent venom, it will make more sense.)