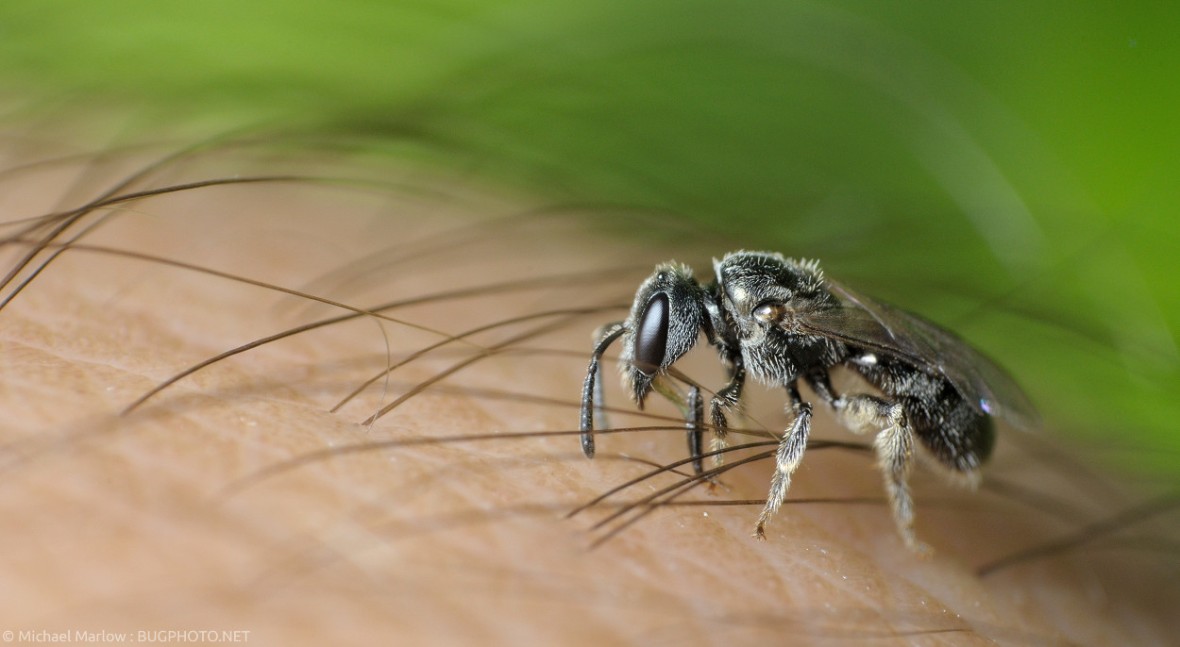 The funny thing about this picture is that it wouldn’t have been four years ago. The thought of a bee crawling on me (that’s my arm) was madness — madness, I tell you! The idea that I would let it do so, all the while the bee sipping on my sweat (that’s why they call them sweat bees, folks!), well, that was beyond madness. The reason of course was an irrational fear ingrained in me at the age of five when I traumatized a bee or wasp nest with an innocent footfall and was quickly traumatized in turn by the enraged Hymenoptera. After that incident, bees and wasps freaked me out almost without fail; (as I like to recount) I even fell out of a tree (6-8 ft drop) when one buzzed by me. Well now, I don’t sweat the bees too much, though I try to respect them. They still make me jump back now and again, but they seem much more innocuous to me. I have even gone in the other direction: one day, while crouching in the parsley patch in the garden, forgetting that a sweat bee was on my side, I moved and pinched it unwittingly. Well you can imagine the bee’s response; I had my first bee sting since that fateful day of my childhood (a span of 26 years!). Thankfully, the sweat bee doesn’t have a potent sting. Thankfully (even though it doesn’t always seem so), all things must end, even sweating little things out of our control. So here’s hoping for more sweat and bees, less tears and stuff.