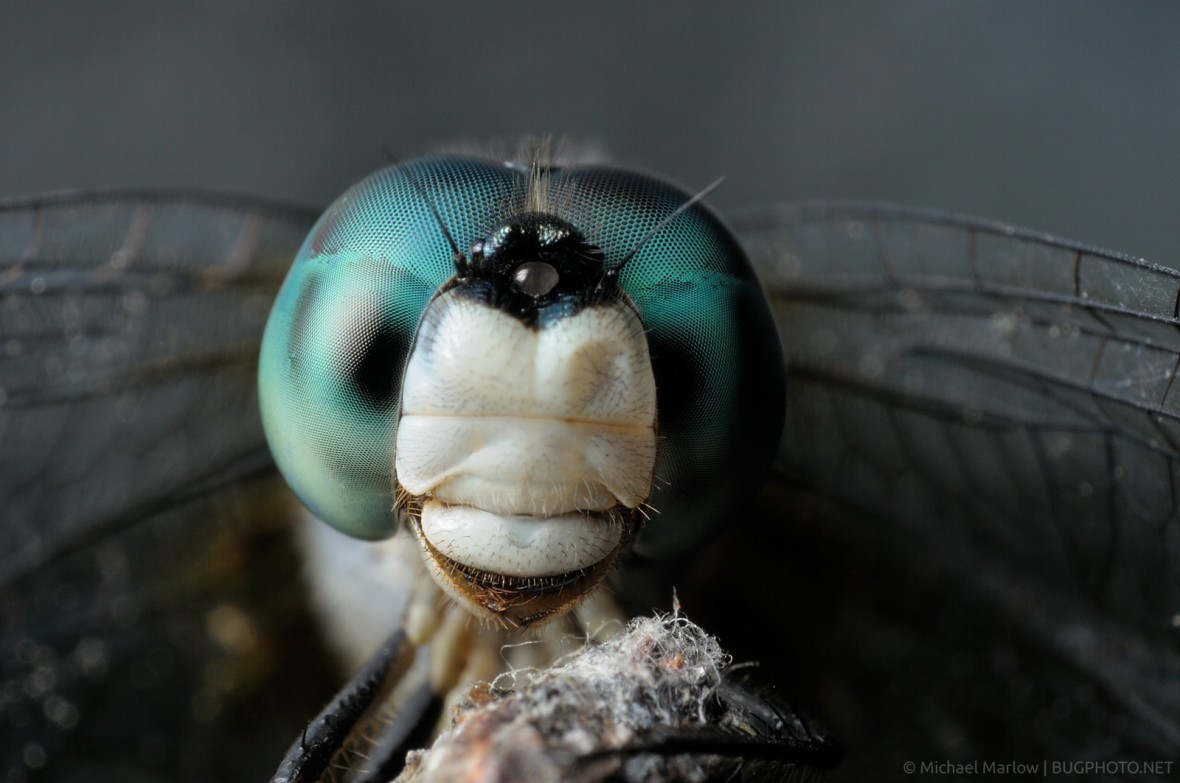 Oh, how do I love thee, Pachydiplax longipennis (a.k.a. the Blue Dasher dragonfly). You have big, bright blue-green eyes. You are a near-mythical creature rising from your adolescence spent underwater to the heights of your daring flights just below the sun. You sit still.

Ummmm…you sit still? Yes, it’s true. Despite being a majestic, neon-eyed creature, the blue dasher is my dragon baby because it sits still while I approach it as close as two or three inches. I need to get that close to get one of these shots. I have a bit of luck with darters (maybe second most luck) and meadowhawks and even some with amberwings when I can find them, but by far, the most accommodating dragonfly I know of, is old BD. I went to Florida, and they were the only ones to play nice for more than a few shots (if they played at all). Even all the way down in Key West, for a brief little shoot, it was only you, Blue. (That might be an exaggeration but not much of one.)

This year, I have had some difficulty finding other dragons to begin with, which probably is reflective of our changing weather and bizarre seasons. But the Blue Dashers were here and there and just about everywhere, and almost without fail there was at least one of them humble and perched… with a smile. And so, I favorite them. Yet that is an odd thing, belying all their commonplace. In my mind, the rare find is the thing. It pulls me through the doldrums, and it pushes me with inspiration. How can I go on? If only I could already be where I am going. For me personally, this is not the blue dasher, but I still have a special place in my heart for it, this dependable photographer’s friend.

One thought on “Playing Favorites”