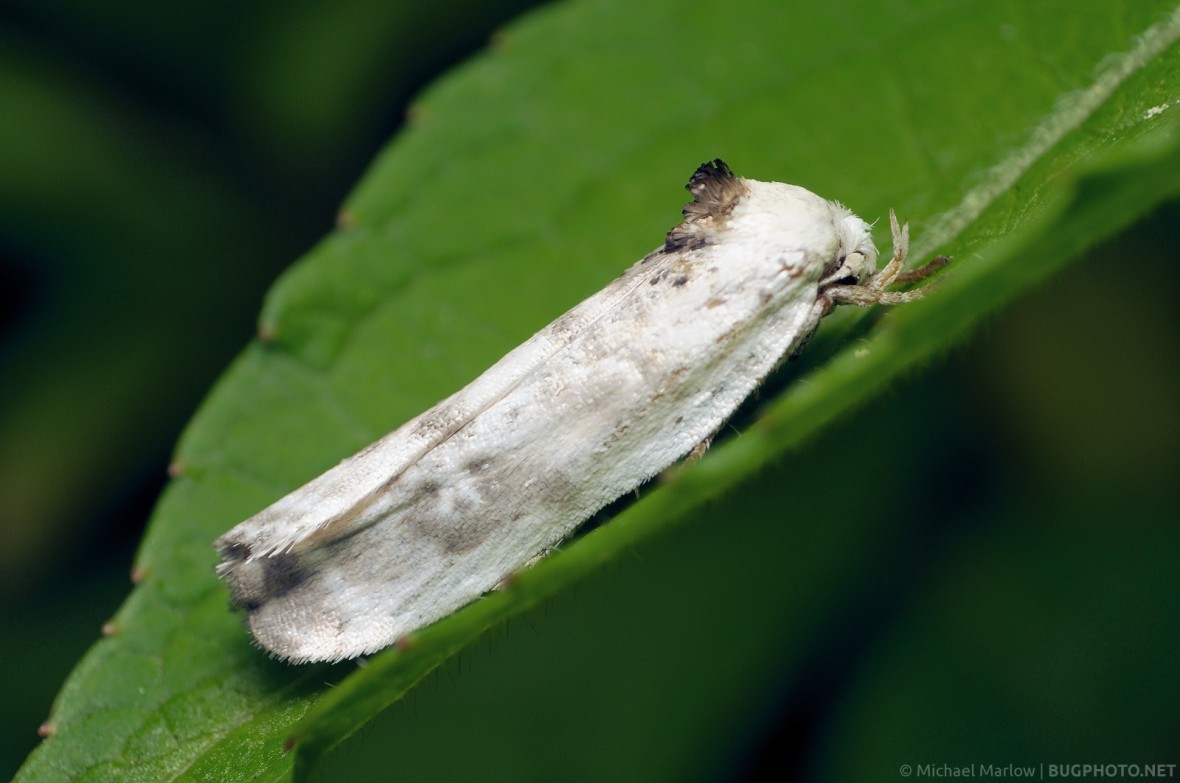 Schlaeger’s Fruitworm Moth wears a costume that suits it quite well.

Some people where their costumes better than others. Bugs that “wear” a costume tend to wear them perfectly across the board. They have evolved to mimic other animals and plants to better their chances for survival. It is not evident in the photos featured in this post, but Schlaeger’s Fruitworm Moth has a remarkable resemblance to bird poop. (Please note, the above photo is of one individual while the bottom two are of another individual.) A lot of caterpillars with their wormy, bulbous bodies make good candidates for bird poop mimics, so I try to be on the look out for the caterpillars and end up inspecting a lot of bird crap. When I saw the moth pictured below, I immediately thought, “You’re good caterpillar, you’re real good!” but not good enough for me. It was a fantastic mimic, and I was pretty pleased with myself for recognizing it immediately. Then I got closer and was I surprised to see it was an adult moth! (Small wonders and cheap thrills!) What was most amazing to me was as I was photographing it, brazenly angling the leaf to suit my aims, I carelessly brushed my finger against the moth — and it didn’t move a millimeter. Because poop doesn’t move. I think that’s impressive mimicry, that’s embracing your costume. So may that be your inspiration for your Halloween costume if you have one. Be like a moth. Just remember, kids, moths don’t have to brush and floss, but you do. 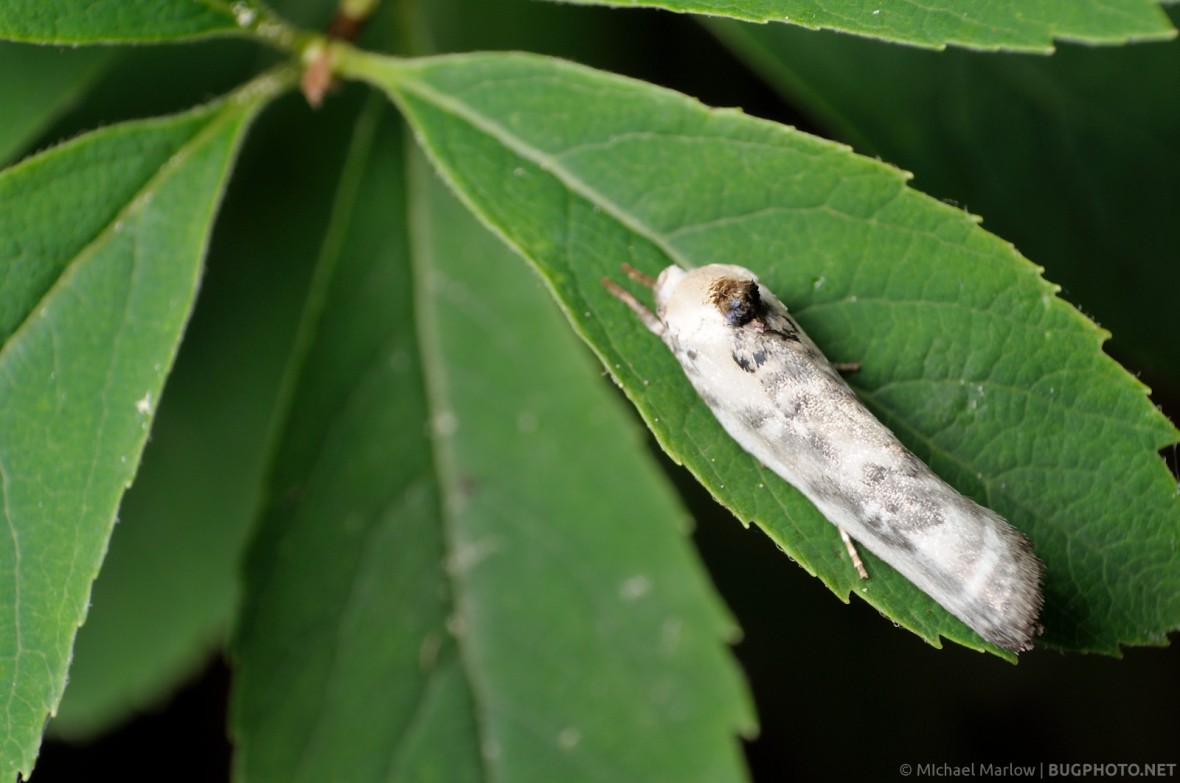 Undeterred: this A. schlaegeri moth would not let a pushy human break its innate performance.

A. schlaegeri from the side.