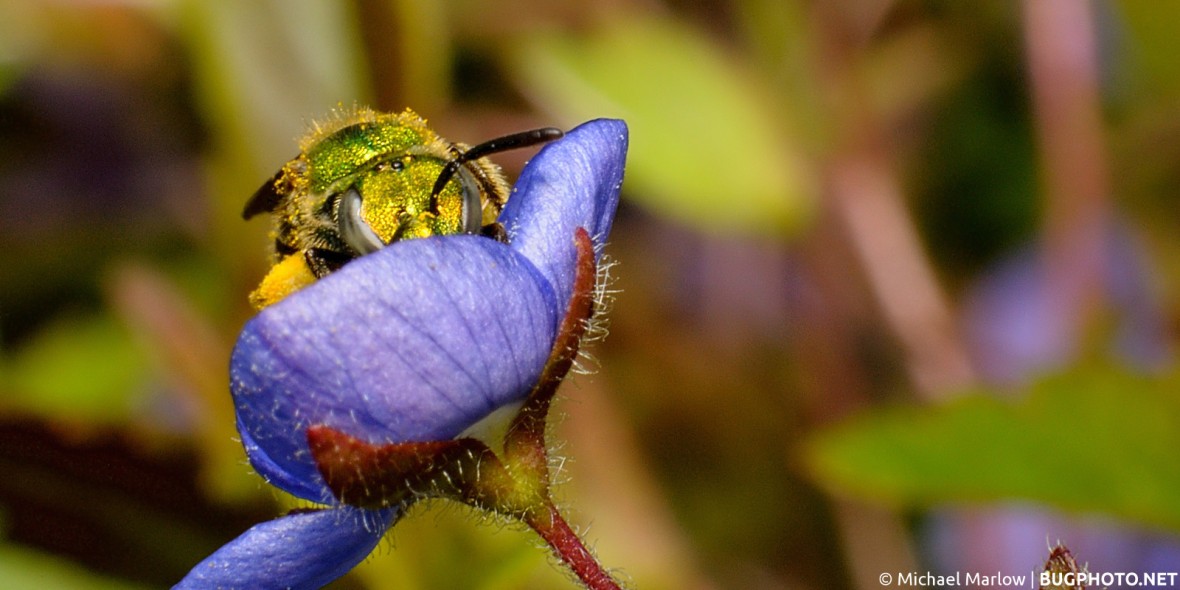 A pollen-covered metallic green sweat bee hunkers down inside a flower.

As with my previous post, I didn’t frame this shot well, which made cropping a hairier decision. This one had less to do with magnification unlike yesterday’s jumper, and (if memory serves me well) more to do with the breeze swaying the flower. I liked the flower standing out over the “forest” in the background (i.e. the patch of these little blue flowers), but wind can only be helped so much, and bees come and go as they please. The breezy movement likely also played a factor in the lack of sharpness on this one; the focal plane appeared a smidgen behind the bee’s face but even still it wasn’t typically sharp. I usually have two phases of sharpening, and in each case I used a higher amount than usual. I think it helped out even though the background got considerably noisier — which induced me to do more denoising. Honestly, the effect of sharpening or denoising wasn’t very evident at a low zoom of the image file; at a 100% I thought it worked well however.

4 thoughts on “Bee Sharp, No Matter Which Way the Wind Blows”