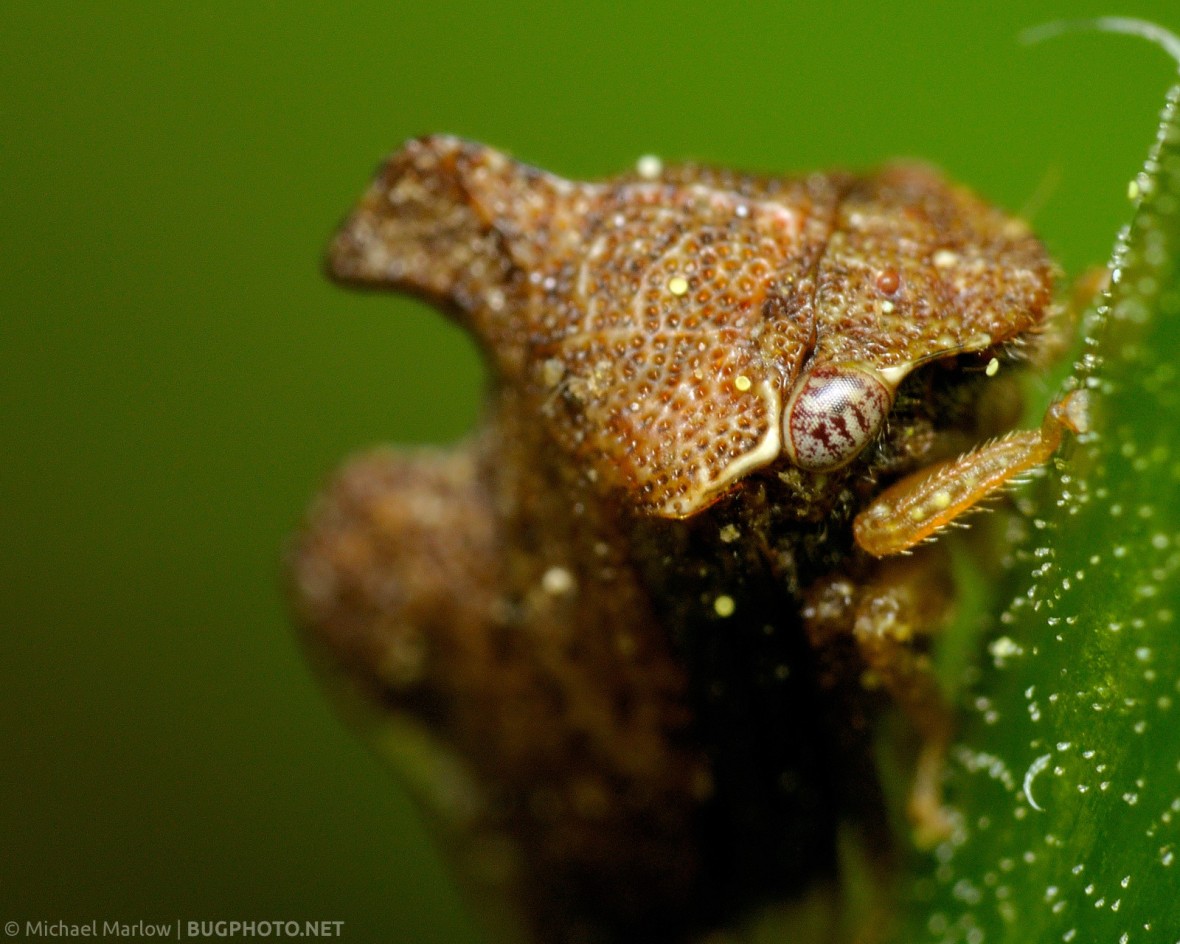 Treehoppers typically don’t “earn their stripes” or admirers  with their eyes.

Photographically or otherwise, there are things I wish I knew about before I actually did. Such is the nature of knowledge and wisdom. I wish I “knew about” bugs before I did, which was around age 30. But I didn’t. So many things I still don’t know about. But life goes on; it’s reliable in that way.

That bit of whimsy was brought on and brought to you by this treehopper photo. As my archive mining continues, I noticed this shot and in particular the eye. Treehoppers are usually notable for their likeness to thorns and other plant protuberances or their relationship with ants or their resemblance to Batman. But not the eyes. Those runny red-brown stripes sort of took me off-guard, even though I had obviously seen them before. Some things we know now but we find out later.