A fecund female plant louse caught the light of my flash just right for swath of rainbow color.

Well, actually yes, a lousy shot. A plant louse shot to be precise, and I believe the first for BugPhoto. I do not come across plant louses too often, so it’s not surprising. This shot happens to be an old one, and unlike the others I have been pulling out of the archive in recent days and weeks, it did not require much work in post, which is kind of, you know, not lousy.

My tentative ID for this one is Trioza tripunctata, or the Blackberry Psyllid. Below are some more shots (which did require some involved editing), some of which include an oblivious beetle for giggles.

The little lass louse from a more oblique angle.

Who is that nosing their way into the shot? 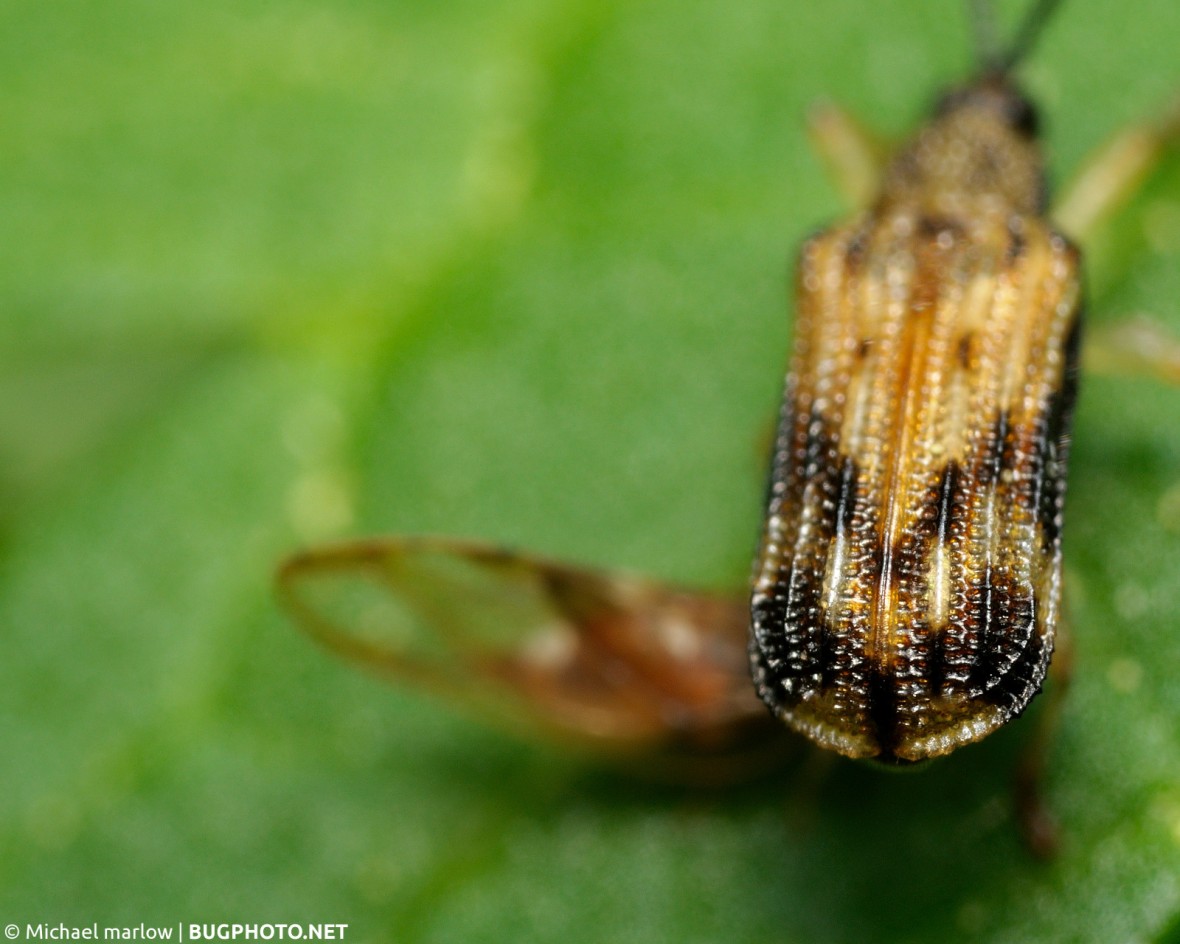 Lousy treatment: the beetle walked right over the plant louse’s head! The savage!