“Hey Ant, maybe you’re a bit too ‘helpful’?” — The diffracted light streaks in this image have been edited out.

The healing I am talking about of course is the kind you find in the redemptive sanctuary that is the GIMP. The ant in this shot was not only tending, quite unnecessarily it seemed, to these mating treehoppers — ants tend to shepherd flocks of other insects, such as treehoppers or aphids, for the sugary honeydew (i.e. poop) they make — but, said ant, was also being a general pain in my butt. I kept on missing out on good shots as the ant would typically move just out of frame or out of focus before I could capture it. This shot was one of the few where I managed to get a good composition within the original frame. But, of course, something else had to give.

While the focus isn’t stellar, it works. The problem was the diffracted light (see unedited image below). I’m not sure what caused it exactly, but the diffraction was a distraction. If you will. I repaired the light streaks and spots using the Heal and Clone tools in GIMP. The small spots on the head and thorax were relatively easy to fix compared to the abdomen where creative judgment was more of a necessity. I’m not even exactly sure what the brown blur on the abdomen is, but it disrupted the color gradient enough that I somewhat had to make it up. If you see the unedited image, the edited one looks a bit more unnatural in that spot; I think the problem is it’s too uniform and a shade too light. Some more fussing might have got me closer to perfect, but overall, I still feel the healing process was successful. I would like to get the treehoppers’ opinions on it, though. 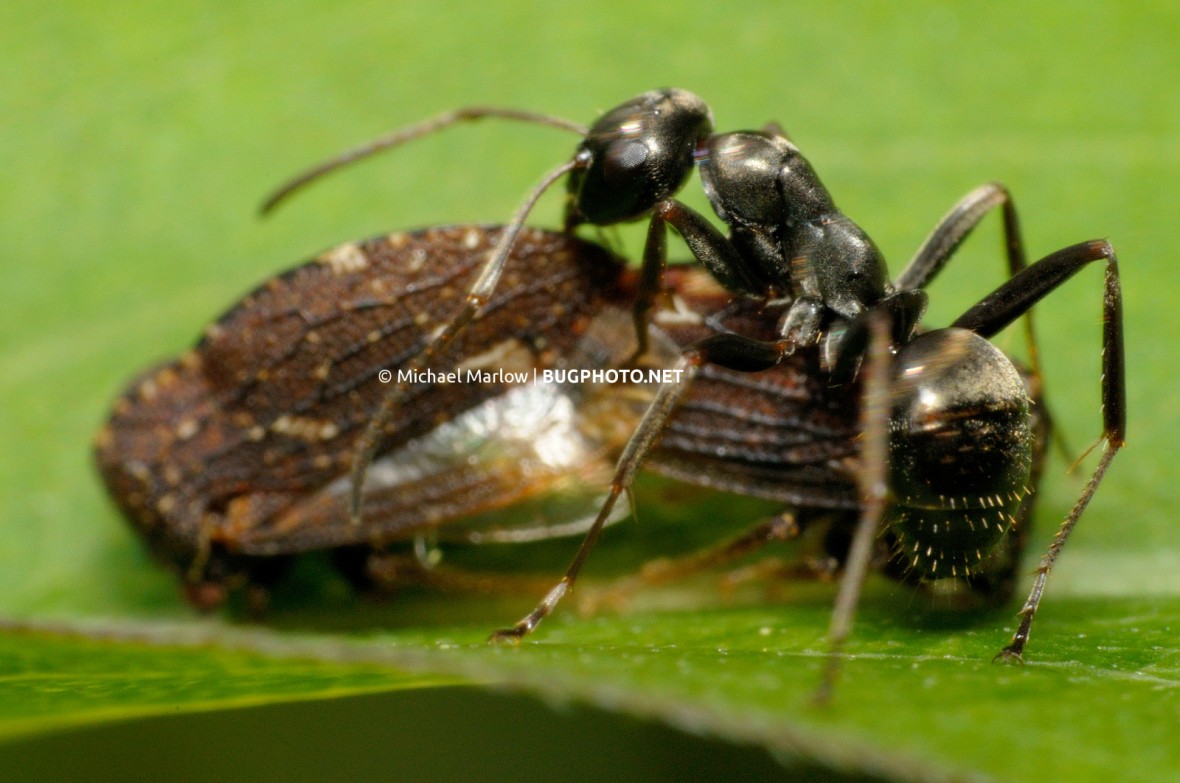 Still “helpful” but not cleaned up; this image is largely unedited; notice the light streaks on the ant.