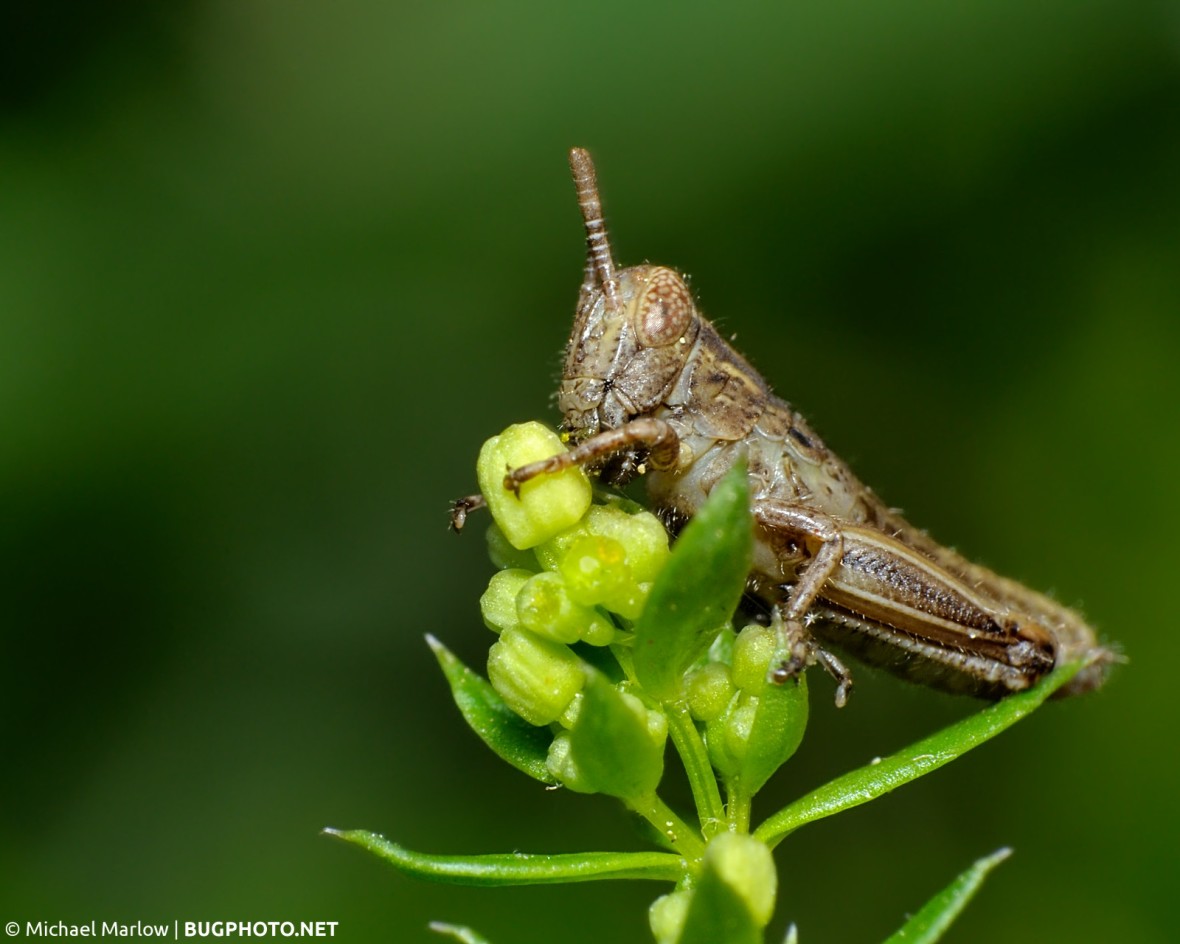 A grasshopper (nymph, in this case) has 99 problems and an ant’s smug superiority ain’t one!

One definition of fable is “a short story, typically with animals as characters, conveying a moral.” Another is “a false statement or belief.” I think of one of those when I think about “The Ant and the Grasshopper.” I’ll give you a hint as to which one: I also wonder if a grasshopper could sue for libel, would it?

Ever since I have become a bug enthusiast, this story in particular never fails to strike me as ridiculous and unfair (and grasshoppers are not my favorite bug by a long shot). My indignation is probably proportionally ridiculous – it’s not like I don’t realize the story is based on anthropomorphic characters of only the broadest parallels to the actual animals referenced. But it still kind of gets me. Why does Aesop have to pick on a guy, just because he likes to have a good time, make merry? We need music to live. And really, the grasshoppers can’t be doing too bad, right? They seem to make it through the winter okay. (And with nothing to eat no less! How impressive!)

It’s okay. All bugs apparently get their fabled comeuppance: If you follow the Wikipedia link above, you can read about the much less popular counter-fable, about a jerk of an industrious farmer who just can’t stop working so he starts harvesting his neighbors crops. Naturally, the gods get royally peeved, so they turn him into an ant who just keeps on pilfering from other people. I guess the moral of the morals is, bugs are jerks, don’t be a bug if you can help it.