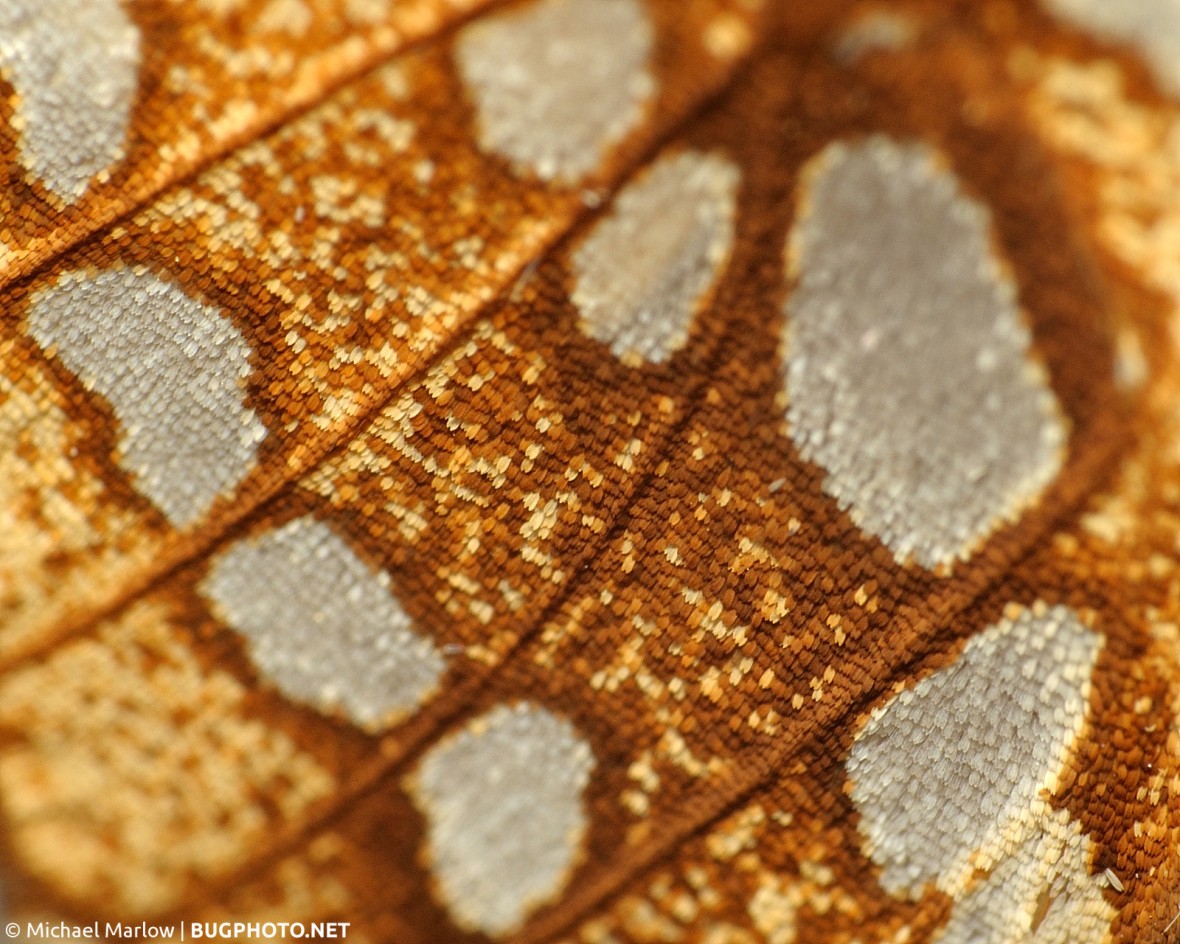 The golden browns and muted blues of the hickory tussock’s scales give it a subtly beautiful appearance.

As summer turns to fall, one of the more recognizable insects around Western Massachusetts is the hickory tussock moth larva. A.k.a that fuzzy, black and white caterpillar. Peeking through my blog archive I noticed an adult representative was missing. With insects that metamorphosize it is nice to be able to put some wings to the worm, so to speak, so here is an adult hickory tussock moth. The colors are somewhat understated, but I find them quite beautiful.

I had some trouble getting good focus on the full-body view but I threw in a shot for reference. (More shots below/after the break.) 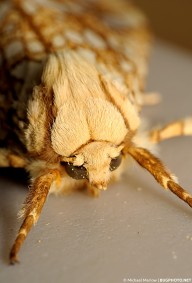 This hickory tussock moth was resting motionless and silently on a plastic barrel.

The wary eye of a hickory tussock glances back at the camera.

When one looks close at the hickory tussock’s wing, there is a mesmerizing pattern to behold.
Advertisement