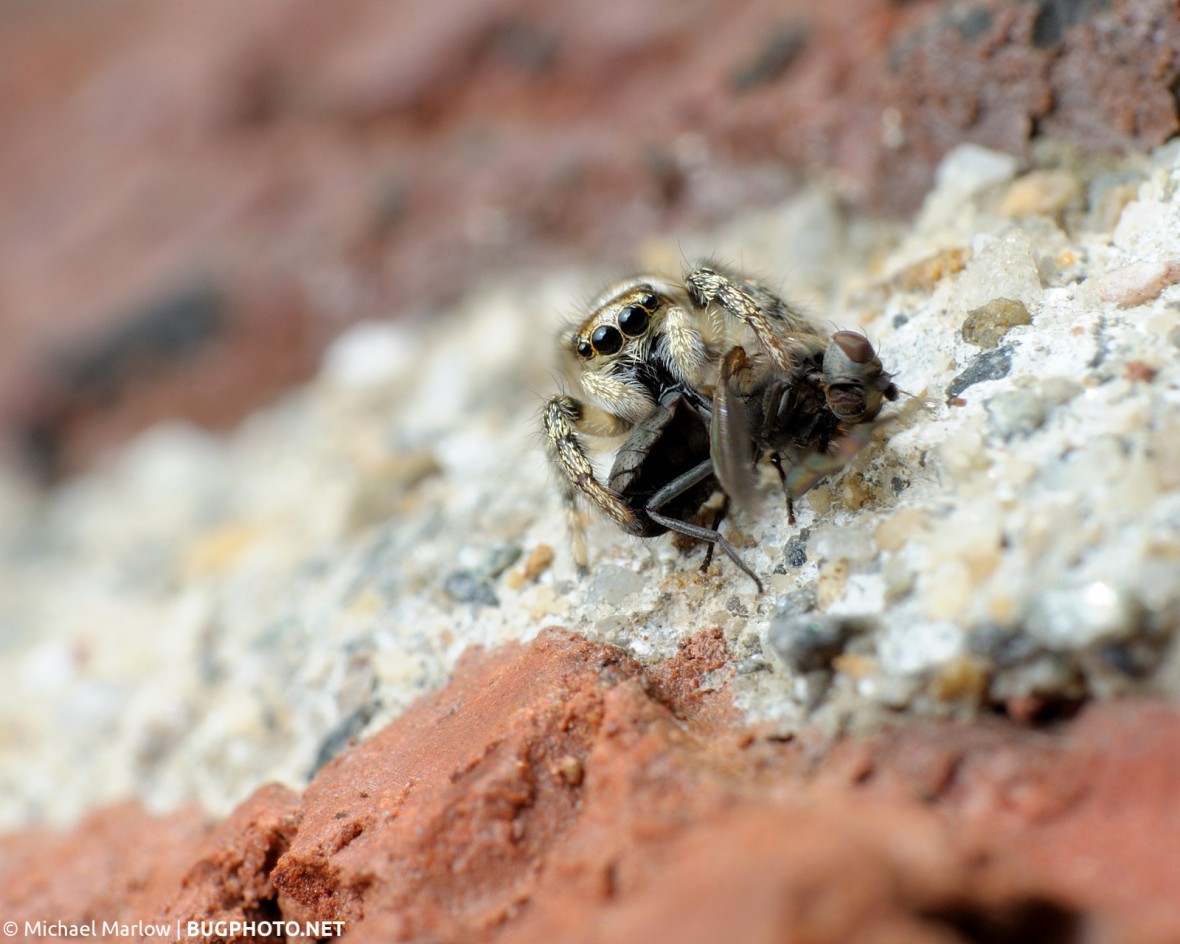 A welcome return: the first jumping spider spotted (outside of the house) was a zebra jumping spider doing the business of fly control on a line of mortar.

My long hiatus is over, and much like the absence of bugs, it has ended with this jumping spider. I did see one roaming the house in January, but this one is the first I saw outdoors this year. Spring typically brings the zebra jumping spiders, Salticus scenicus, as well as Sitticus pubescens, to the brick on the backside (the sunny side) of the house, and this year, while perhaps coming tardy, was otherwise no exception.

I must admit that I did a bit of a lazy thing here with the series of shots I took of this subject and some subsequent ones. You see, I finally turned my cheap Chinese extension tubes into something useful and tested out an old Nikkor 50mm f/1.8 I’ve had lying about, but since I shoot in full manual mode essentially, the focal length is not recorded; so I’m not sure which lens I used for which shot, as I was switching out with my 18-55mm. I thinkthis one was was with the 50mm (not reversed, shot cropped a little more than usual), but…I don’t really know. I do hope to cure myself of this habit soon and share some better-detailed photos, as well as some “Poor Man’s” Macro Guide posts to illustrate my process and setup.

4 thoughts on “Back with a Vengeance, Or At Least a Spider’s Appetite”