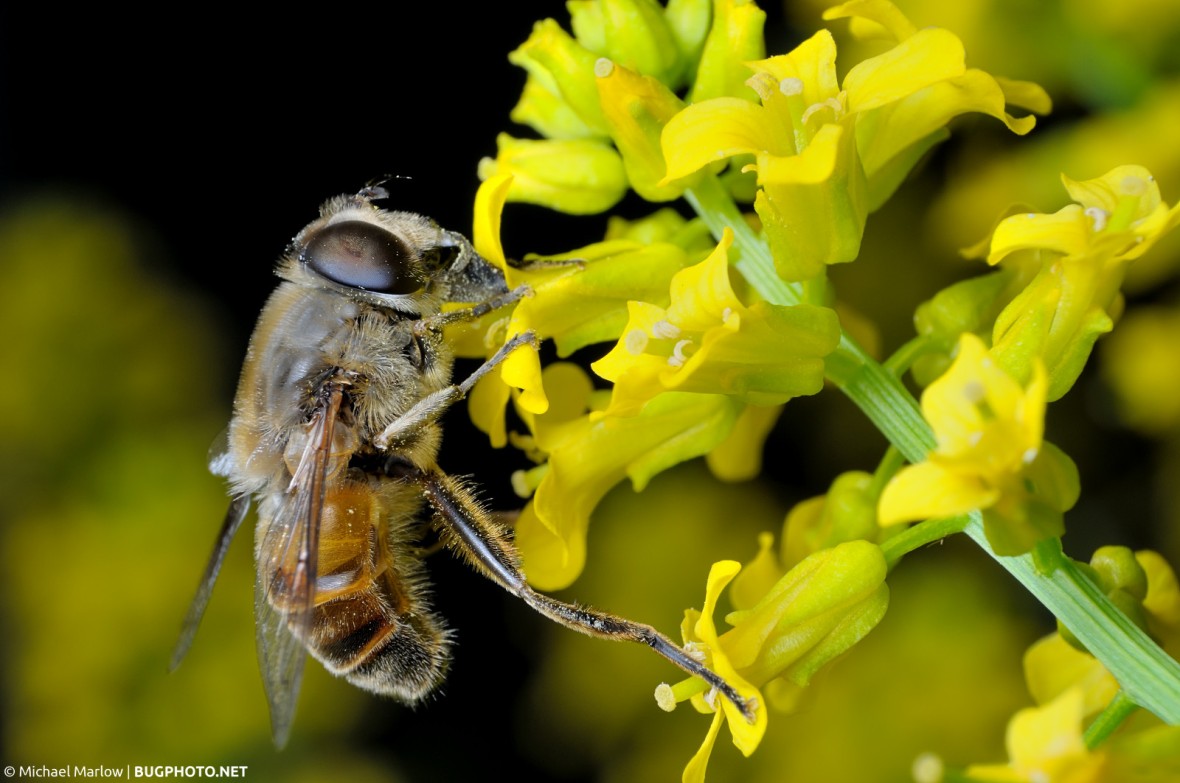 The drone fly, seen here feeding on a flower’s nectar, is an excellent honeybee mimic.

One of the more commonly misidentified insects that I see in photos are drone flies, inevitably mistaken for honeybees.Usually the head can tell you which is which: on the bee, the head is more angular and flat, whereas the fly’s is usually more round and bulbous; the bee’s antennae are long, noticeably segmented and jointed, whereas the fly’s are short, almost like little paddles with a wisp or two of hair coming off them. After one figures it out, it seems obvious, but on casual glances or quick passes, it’s not so easy. And you have to admire the fly because it goes as far as it can in mimicking, right down to the way a bee hovers towards or away from a flower with it’s legs hanging down — quite an impressive faker!

(Disclaimer: so I don’t look too silly with my own misidentification, it’s worth pointing out that there are a lot of different species in the genus Eristalis, including the “Drone Fly,” E. tenax, which is one of the more common ones. So, I’m tagging the post as such, but this could be another species, let it be acknowledged.)