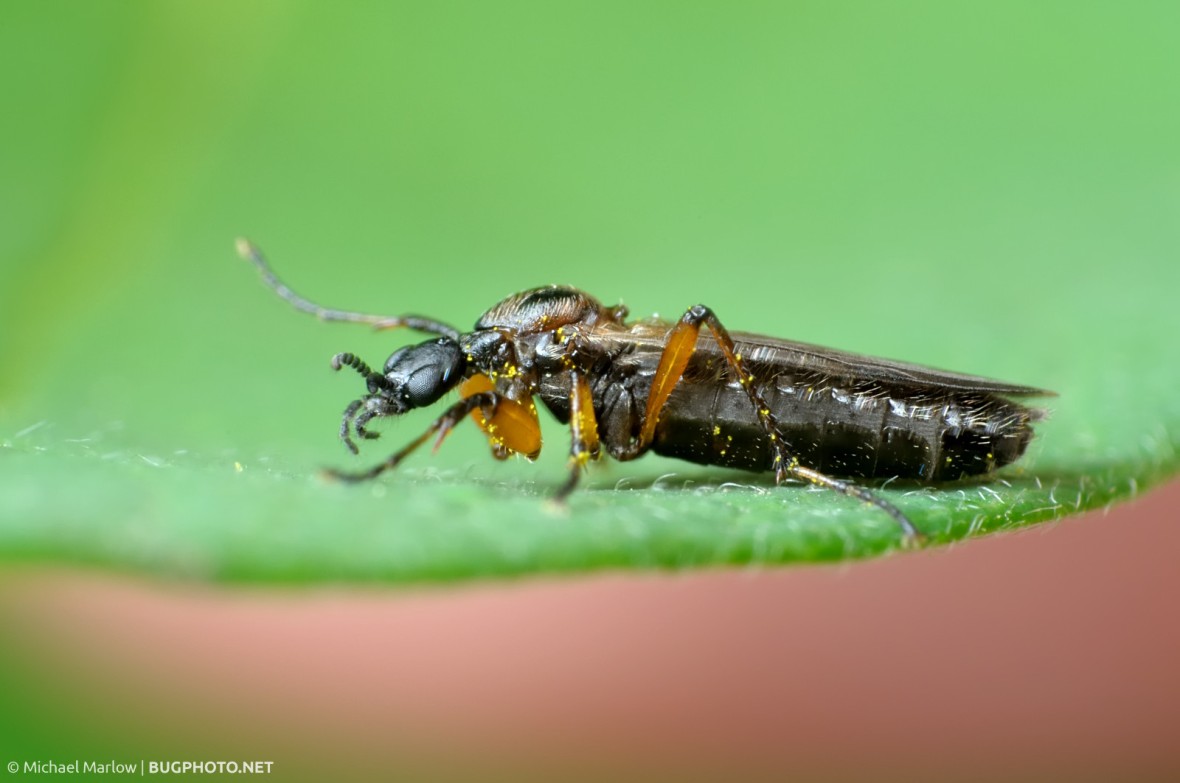 March flies exhibit a fairly distinct sexual dimorphism: the males have large compound eyes, and the females have smaller, separated ones, such as in the photo above. Known by some as “lovebugs” — which I believe is particularly true in Florida — their swarming mating aggregations, like a cloud of bugs, can be a nuisance if not outright hazards for drivers.

As photo subjects, they are often cooperative like this lazy lady. That pinkish blur on the bottom third is my finger sneaking into the shot as I manipulated the leaf for a better angle. Some insects are more amenable to this kind of approach than others, for a different reasons, but whatever the case may be, I usually do not like to intrude into the shots. Sometimes though the perfect angle and the perfect grip of the leaf don’t match up, and I end up making a “cameo” in my photographs.