A view from behind: a pretty black-bodied, yellow-legged jumping spider takes a brief rest on a brushed metal flag post.

Finding the understated beauty of spiders can often be a matter of point of view. They often have artful patterns on their backs; naturally jumping spiders shine in this regard. Most of the jumpers I’ve been able to photograph are actually understated in their dorsal appearance, but if you take a look at some of the more tropical spiders, like say the ones Nicky Bay shoots so beautifully, or especially the peacock jumping spiders of Australia, well-documented Jürgen Otto, then you know I’m not just blowing smoke.

Anyway, I’m sure spiders have the same trouble finding the understated beauty of people, given their point of view; it’s a misunderstanding of position, really. A couple more spider backs after the break. 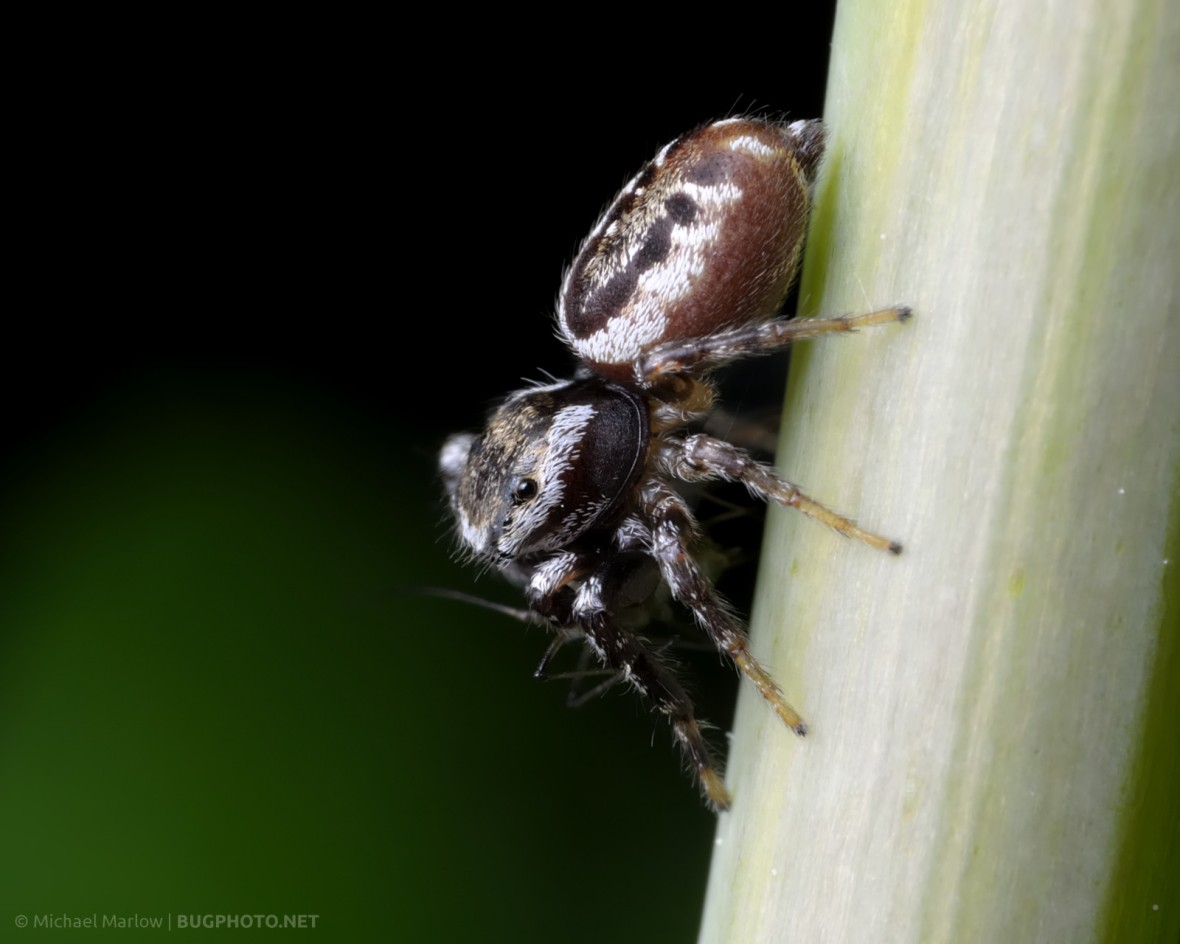 None of the nasty: the brown and white pattern catches the eye in this sidelong shot of jumping spider; its prey (and fangs) concealed by the point of view.

An ant-mimicking jumping spider climbs over the edge of a fungus-ridden fence post.