Portrait of a Jumping Spider (Salticidae)

I like to focus on the eyes of jumping spiders, but up close those big, glassy stares belie their status as well-adapted hunters. From Wikipedia:

Jumping spiders are generally diurnal, active hunters. Their well-developed internal hydraulic system extends their limbs by altering the pressure of body fluid (hemolymph) within them. This enables the spiders to jump without having large muscular legs like a grasshopper. Most jumping spiders can jump several times the length of their bodies. When a jumping spider is moving from place to place, and especially just before it jumps, it tethers a filament of silk (or ‘dragline’) to whatever it is standing on to protect itself if the jump should fail.[5] Should it fall, for example if the prey shakes it off, it climbs back up the silk tether. Some species, such as Portia, will actually let themselves down to attack prey such as a web spider apparently secure in the middle of its web. Like many other spiders that leave practically continuous silk trails, jumping spiders impregnate the silk line with pheromones that play a role in social and reproductive communication, and possibly in navigation.

Hyrdraulics and built-in bungee lines! Add excellent vision and beautiful coloration and body patterns, and we have quite a creature on our hands. 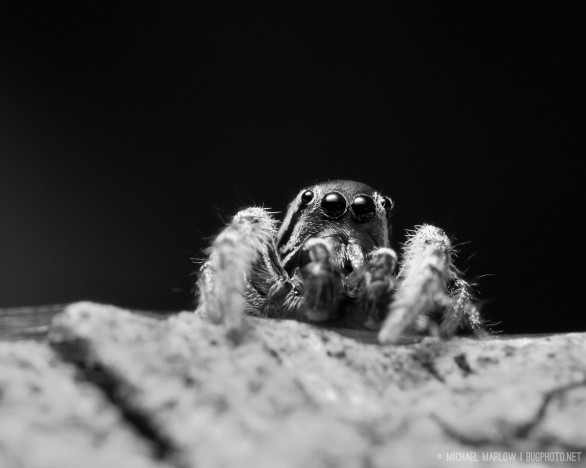 Portrait of a Jumping Spider (Salticidae)

Portrait of a Jumping Spider (Salticidae) (Black and white version)

The featured spider appears to be immature, or possibly freshly-moulted (at least, that’s what the light colored, relatively scale-/hairless head area tells me). The following shots are mostly not what I would consider refined art, but they do show some different angles of the beast. 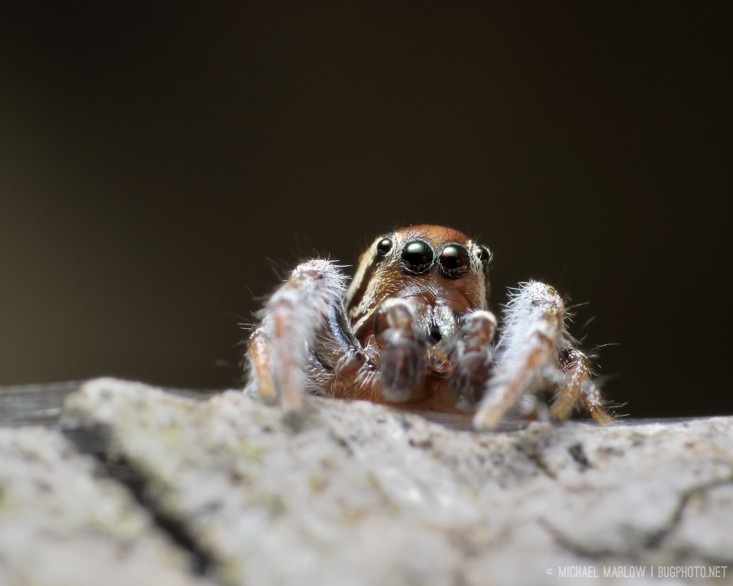 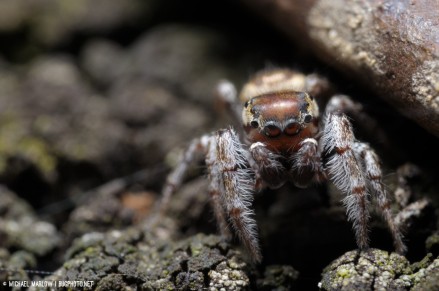