Typically, tent caterpillars, much like gypsy moth caterpillars, are known mainly because of their capacity to be destructive pests. When they’re “bad,” they’re bad, and when they’re “good,” we probably didn’t know they were there to begin with. (Kind of like politicians and referees.) But aesthetically, if we can put aside their reputations for a moment, they are quite striking creatures. (Two more shots below, including a full body view of what was a fairly large caterpillar.)

Detail of eyespots on the side of an Eastern Tent caterpillar (Malacosoma americana). 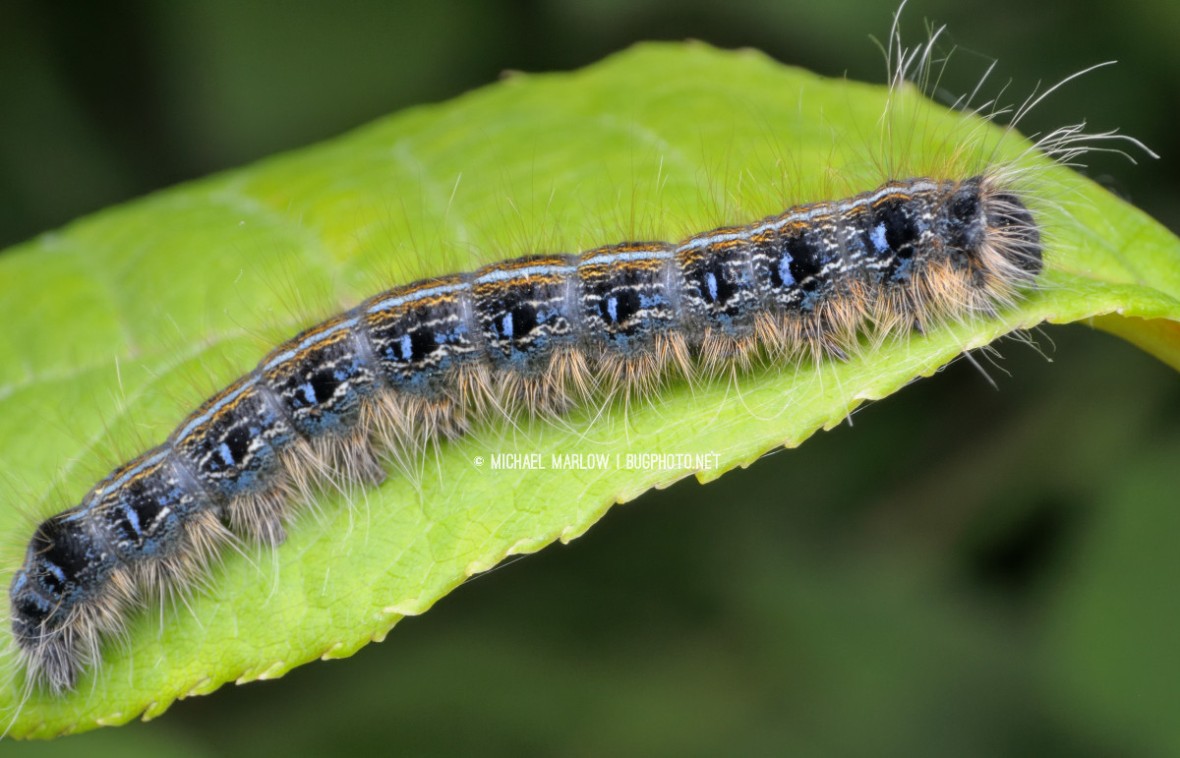