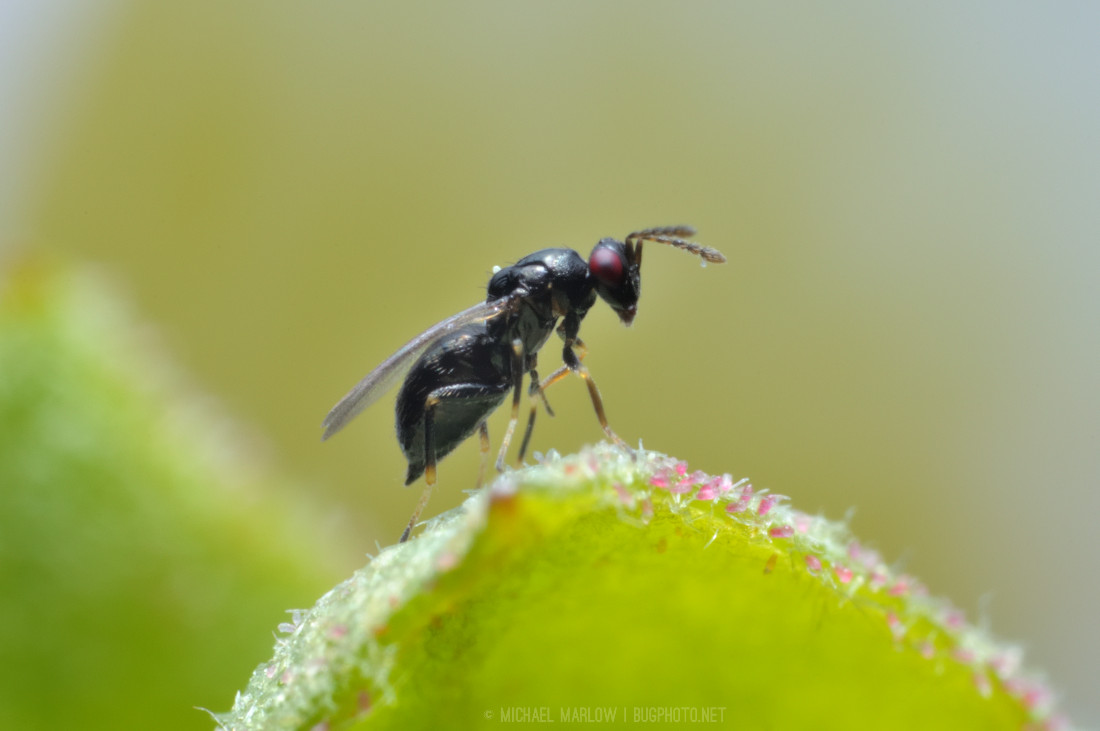 A parasitoid wasp (possibly a chalcid wasp in superfamily Chalcidoidea?) perches on top of a fuzzy leaf.

Recently I posted some photos of a parasitoid wasp, and here we have a cousin of sorts. These were taken on the same day, very soon after and in the same general area (maybe the same bush actually) as the first wasp I had shared. Not quite as small or accommodating — I only managed to fire off a few shots — as the previous, but I like this one better aesthetically, with its sharper angles and slightly green hue. The smaller world is pretty amazing, and these are only a couple of the parts one person happened to notice; there’s no telling (until it’s told!) what is out there waiting for us.

(This is a pretty broad classification, and maybe not worth the “small” indignity of being wrong, but I think this is a chalcid wasp, in superfamily Chalcidoidea; corrections welcomed as always. Additional photo below.) 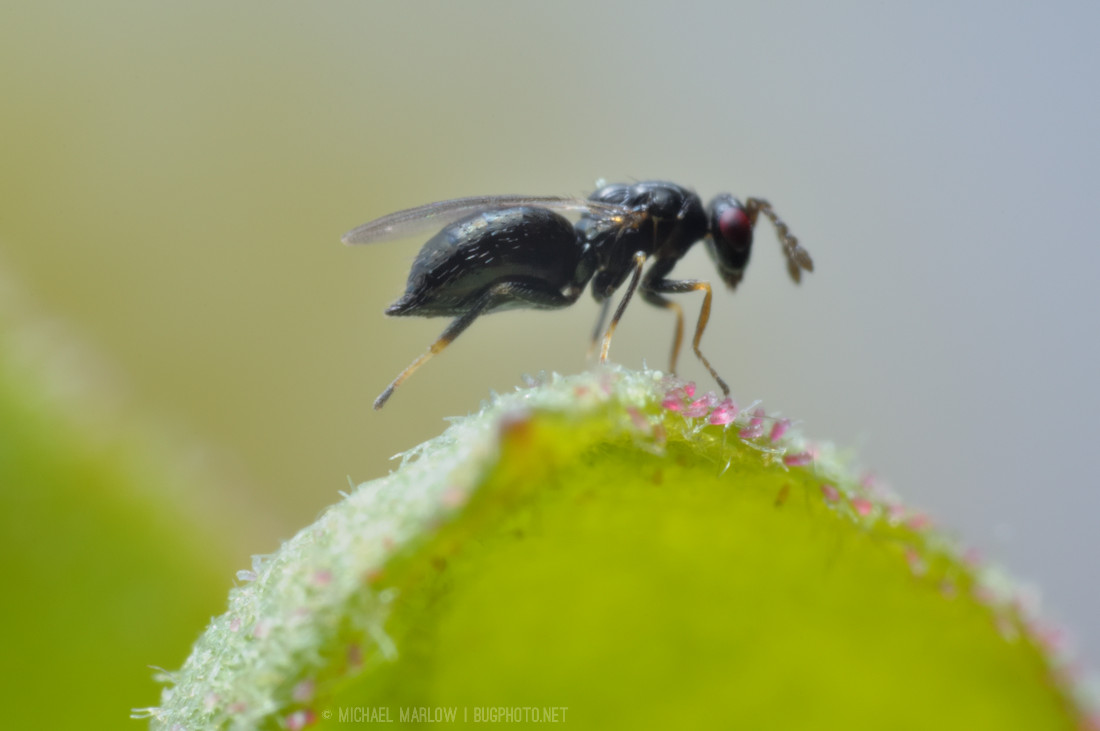 A parasitoid wasp (chalcid wasp, Superfamily Chalcidoidea?) kicks out its hind legs, perhaps in effort to clean itself off.