Family Syrphidae, a.k.a. hover flies, are the amazing group of true flies that most people seem to mistake for bees and wasps due to their often elaborate mimicry. Unlike their Hymenoptera archetypes, these flies are only posers, no actual threat involved. Also called flower flies, it’s a safe bet to see them feeding at blossoms. 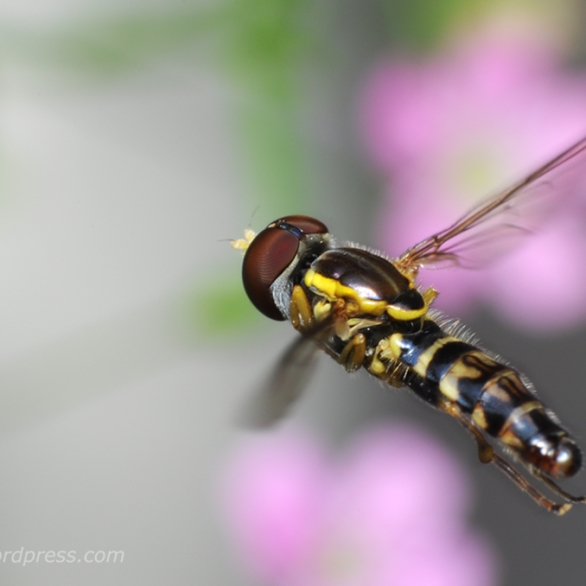 All cleaned up: I painted out the distracting glare spot on the syrphid’s snout.

A syrphid fly is perched and ready for take off. 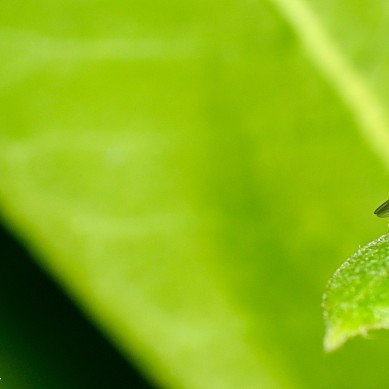 A wider view: this angle is where the camera starts; working it around to a better perspective is the challenge.

A hover fly (Syrphidae) looks away from the camera.

Summer of Love: mating syrphid flies perch on a blade of grass. 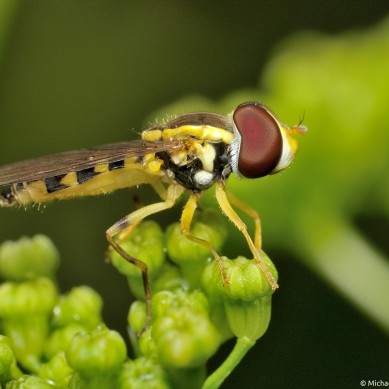 Strike a pose: a syrphid fly stands poised on a cluster of parsley buds.

This syrphid fly is holding the parsley anther like a cup in its hands. 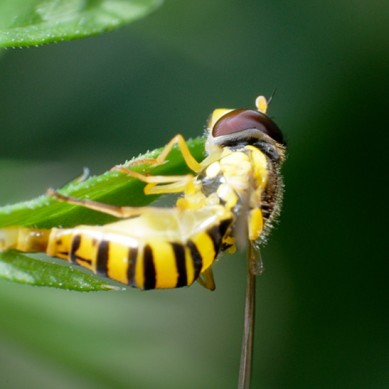 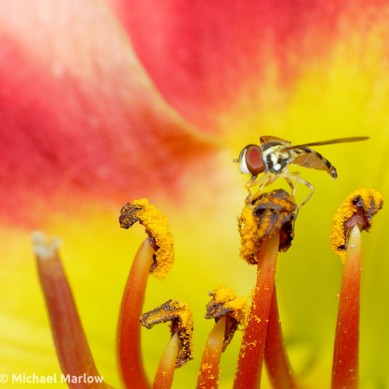 A syrphid fly sits on the withered anthers of a tiger lily with a backdrop of red and yellow curtain of petals. 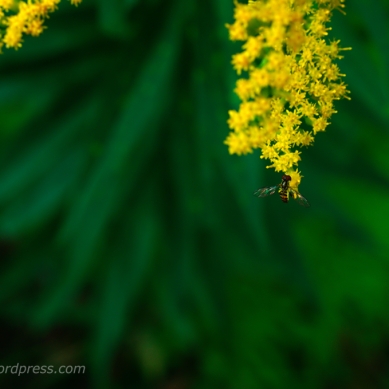 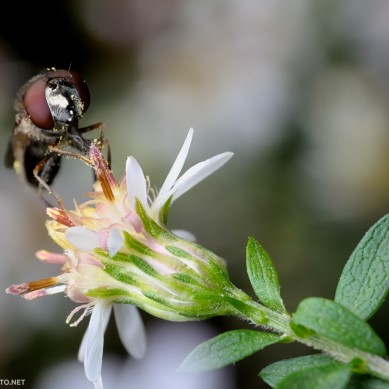 A hover fly takes a break to drink out of a messy wildflower. 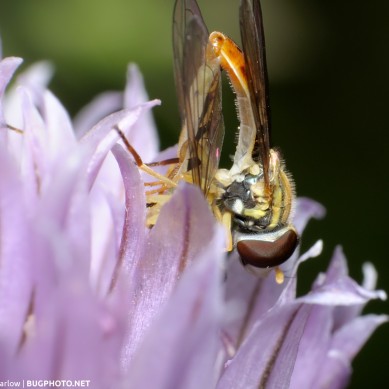 Female insects, like the syrphid fly of this mating pair, seem to prefer multitasking during sex — they won’t pass up a good meal!

A crab spider feeds on its hover fly prey. 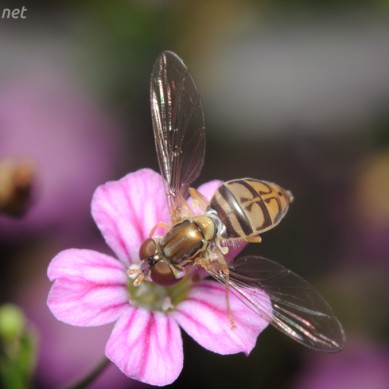 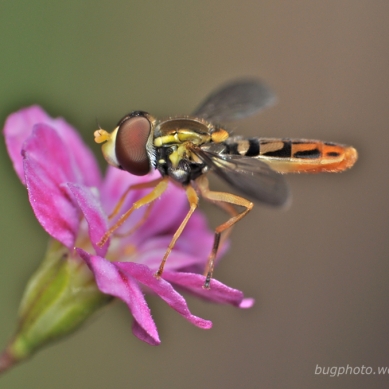