People can overlook moths, taking them for an erratic cluster of fuzzy, creepy little wings around the porch light, but those scaly wings that distinguish them and give them their name (i.e. Order Lepidoptera which means “scaled wing”) come in almost innumerable intricate patterns and often in more color than a passing glance would reveal. They are not as beloved or celebrated as their typically diurnal comrades (i.e. the butterflies and skippers, the other members of Lepidoptera), but they have a varyingly subtle beauty that is all their own.

A moth hanging around on a wooden board. 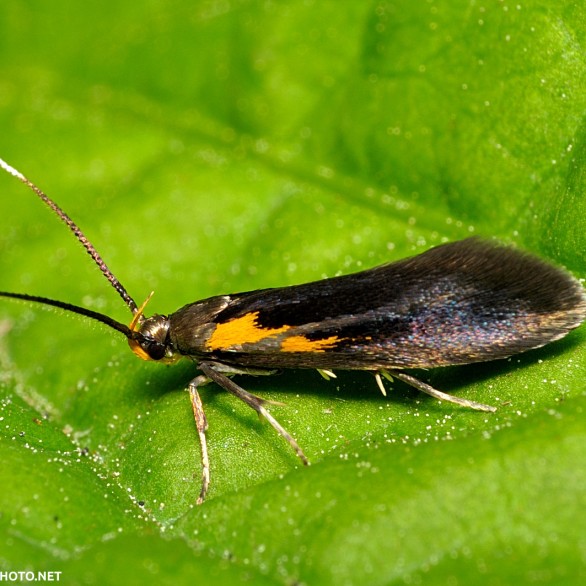 The golden browns and muted blues of the hickory tussock’s scales give it a subtly beautiful appearance.

Tortricid moths are typically small, humble creatures that would rather hide than play with you and your camera, okay, thanks!

This snout moth has an interesting pattern on its wings; it speaks to sort of baroque drapes. Or something. 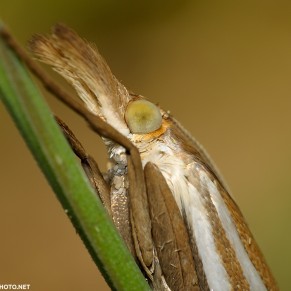 Honk for moths! This Lep lives up to its common name of snout moth (say that ten times fast) . 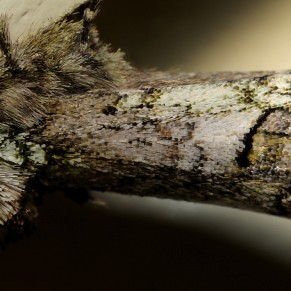 This beautiful creature may be a Unicorn Caterpillar Moth, Schizura unicornis.

A little bit of brown becomes something beautiful up close. 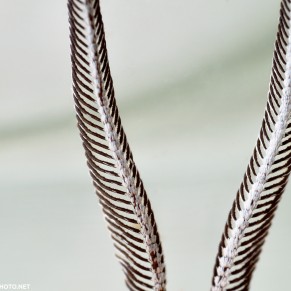 A male tiger moth’s antennae: the pectinate or comb-like structure allows the moth to catch pheromones and find its way to a female. NOTE: the debris on the glass wall has been edited out with GIMP. 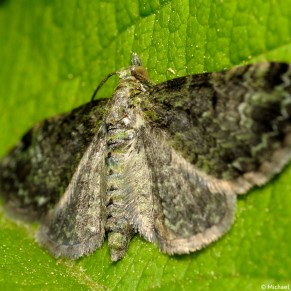 This moth would probably do better hiding on a mossy or lichen-covered tree with that intricate green and dark pattern.

A. schlaegeri bird poop mimic moth from the side.

Empty House: the remains of the pupal case of a bagworm moth, family Psychidae.

A Virginia Creeper clearwing moth rests placidly on a leaf. 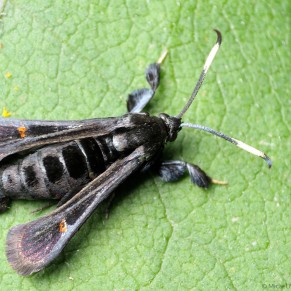 A Virginia Creeper clearwing moth rests placidly on a leaf.

A snowberry clearwing sphinx moth hovers while feeding on a butterfly bush.

The scaly “lashes” of a luna moth’s beautiful eyespot. 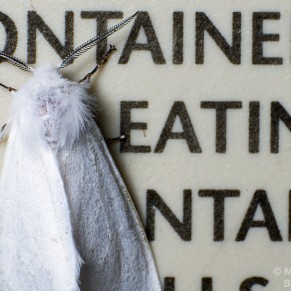 Fairy moths like this Adela ridingsella are often shiny and striking tiny things, often distinguished by their very long antennae.

A luna moth faces the camera.

The well-worn eyespot of a luna moth still looks on, lovely, unblinking. 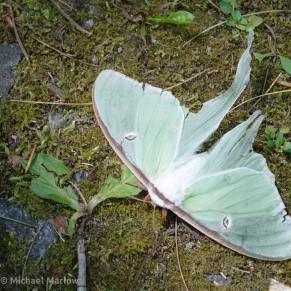 A tattered luna moth rests on the ground.